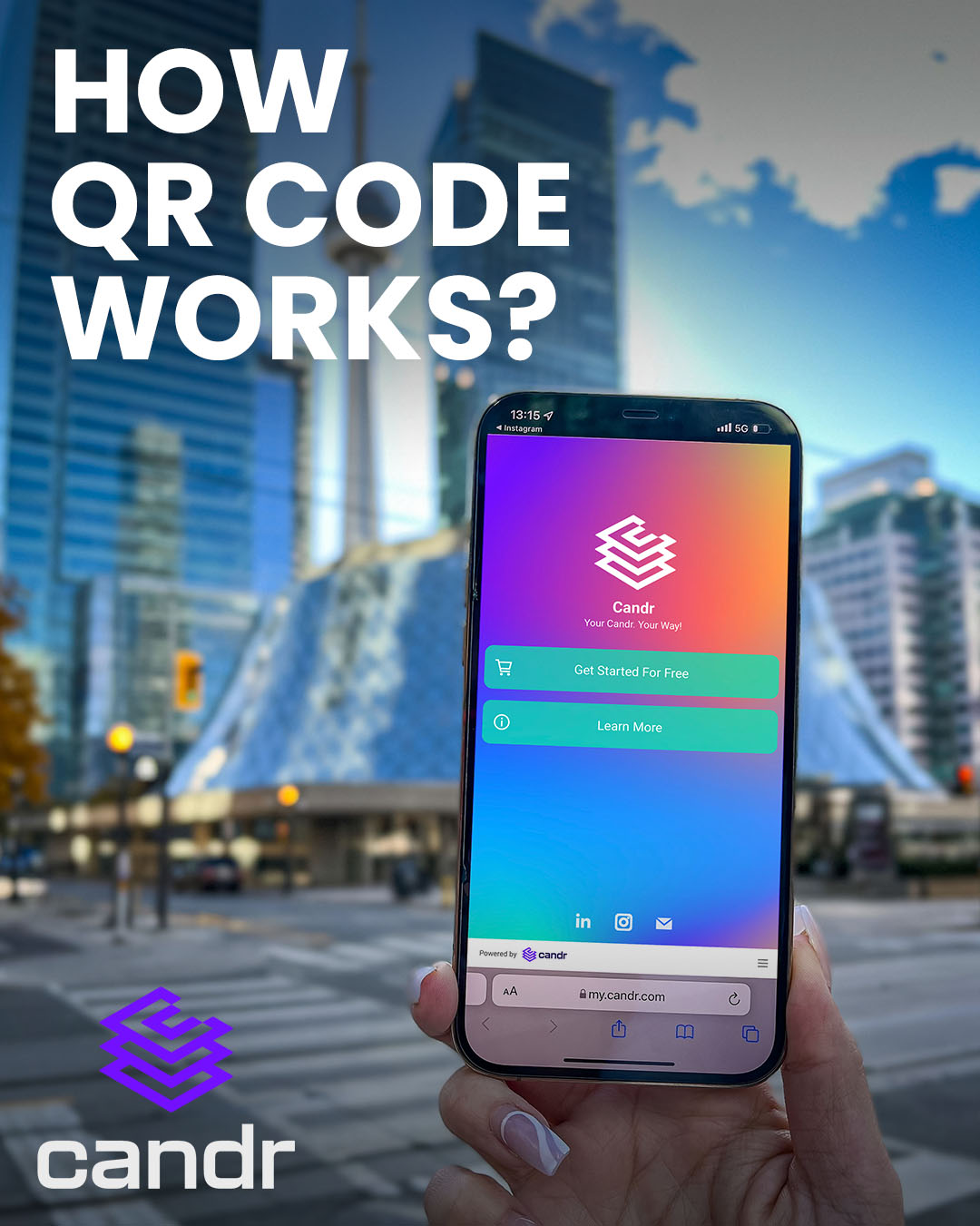 How do Candr's QR Codes Work?

There are many ways to access and transfer information online, from typing in a long website address to go somewhere and download files, to clicking a link. When you need to help anyone in the physical world get to a specific website or connect with your local system using only their smartphone or a similar device, a QR code is the best.

A QR code is a roughly square image made of pixels in a complex and unique pattern. This allows any digital device with a camera to easily read the information stored within that pattern, up to somewhere between one thousand and seven thousand text characters. These often include website URLs, links to download an app, product tracking numbers or phone numbers. They might also contain account and payment information, online login codes, or access information for local Wi-Fi.

The pattern of a QR code holds data just like a computer, in binary. Three large squares (known as the position detection or finder pattern) at the outside corners show where the edges are (the margin or quiet zone) while a smaller square or squares (the alignment pattern) give the QR code an alignment. Then the scanner looks at everything within (the data cell area) for its information. Each individual pixel is grouped and given a value according to its position on the grid.

There is also a section that shows what kind of QR code is being read. This version information or input code tells the scanner how to read the code. The numeric mode can store the most, while special character modes tend to store much less. Multiple QR codes – up to 16 – can even be combined, and some QR codes can still be read if damaged.

How To Use QR Codes

To scan a QR code, you will need a device with a camera, such as a smartphone, and a QR code reader application. There are many such free apps online, and some smartphones come with built-in software to perform a QR code scan or have dedicated scanners within the camera itself.

To create a QR code, for advertising, marketing campaigns or even personal use, you will need QR code creator software or an online tool. These should provide full editing functionality, and tend to be either free or require a subscription.

As a physical image, a QR code cannot itself take your information. Instead, the QR code sends your device somewhere online which then might track how many times that code has been scanned, the location and potentially the type of device used to scan.

The method for how QR code works can make them as dangerous as visiting an unknown website. By exposing your device to whatever the code contains, you may open yourself up to malicious attacks. A URL contained in a QR code may send your phone to a website that infects your device the moment you arrive or steals the information you give them. Some QR codes can be made which compose a text message or email, add a vCard contact or connect to a wireless network.

Essentially, you should take care before attempting a QR code scan. Only do so when you trust the QR code creator. Try to check if the code was altered at all from the intended pattern, or if another QR code sticker was placed over the original. Be aware of what QR codes can do, and ask someone if a QR code sends you somewhere that asks for sensitive information you didn't expect to give.

Some mobile devices and older smartphones have weaker security protection than a more powerful computer or laptop. This can make malicious QR codes even more dangerous. Also, you should only download QR code scan apps that you trust.

You probably know barcodes from stores, where they allow even very basic computers to find items in a database from a near-instant scan. Instead of programming checkout scanners to understand human language and icons on product packaging, the barcode was created to be a language that any properly programmed scanner can easily read. Early barcodes could encode about twenty characters.

A QR code is a type of barcode, but contains much more information and is easier to scan. Barcodes may look relatively simple already, but a QR code was best for the lower-quality cameras of early smartphones. Also, while traditional barcodes are only read one way, the QR code was designed to be read both horizontally and vertically, which explains how they can contain so much more information.

The QR in QR code means quick response. In other words, how QR codes work to retrieve information and send your device anywhere online is a lot faster than you need to type in a full address.

In addition to being used in marketing, product packaging or virtual sales, the QR code has seen a lot of use following products through a supply chain. Workers can simply scan parts at each stage and know everywhere else the item has been. This idea has also been used to protect cities from communicable diseases by tracking where people go.

The creator of the QR code was Masahiro Hara, a developer working for the Japanese vehicle company Denso Wave Incorporated in 1994. The company wanted something easy to identify at a glance and which could be scanned from any direction, to help in their manufacturing division to track parts. When the idea was revealed to the world, the company announced it would never charge for its use.

QR codes saw much wider use after being added to the ISO International Standards and when more smartphones were pre-installed with QR code reading software. The surge in demand for QR codes caused many companies to find new uses for them, and over time the original design was upgraded to prevent forgery, be easier to trace, and see much more use in augmented reality products. 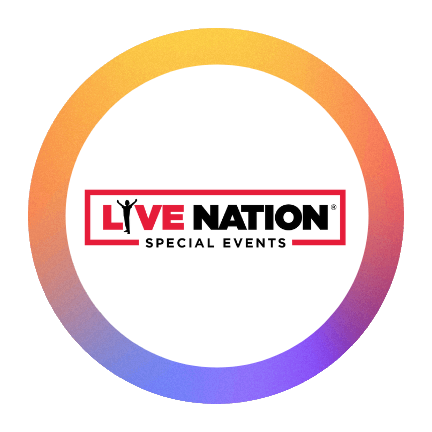 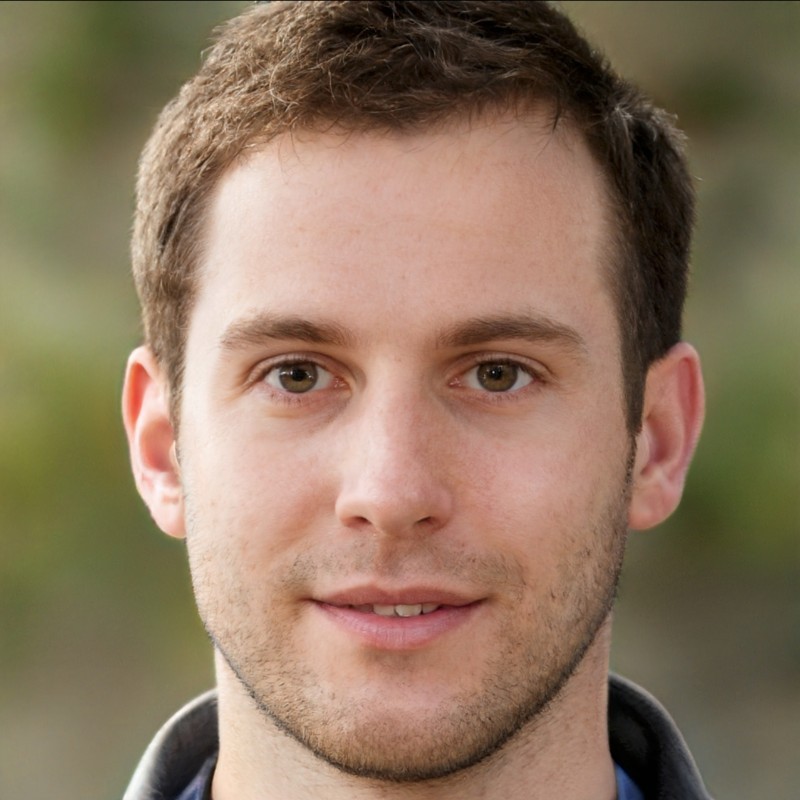 Passionate about learning, reading, and entrepreneurship. I have a degree in English from the University of Toronto and have been working as an executive assistant for a start-up company.

QR Code Touchless Menu For Restaurants
QR code menus are a simple and effective way to provide food and drink menus to customers, as well as any other links and marketing options you want to present to your diners via their own phones.

Brandon K. Stone
Advantages Of Using QR Codes For Event Management
QR codes offer a wide range of advantages for event management to make the process easier and more engaging with your event attendees. You can use QR codes for events of any size because the cost is minimal...

Brandon K. Stone
How do Candr's QR Codes Work?
There are many ways to access and transfer information online, from typing in a long website address to go somewhere and download files, to clicking a link.

Brandon K. Stone
How You Can Use QR Codes For Charities Or NonProfits
As a charity or nonprofit, the ability to keep up with technology can be challenging due to the costs involved. However, newer technologies such as QR codes can improve your engagement with the community and even collect donations more effectively.

The QR code for your brand, business, and content.